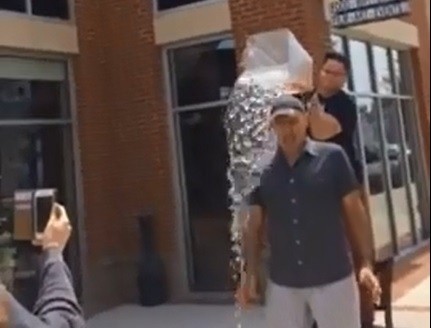 Busboys and Poets owner Andy Shallal participated in the ALS ice bucket challenge outside of the chain’s Hyattsville location. According to Shallal, he was challenged by Matt Shallal.

The ALS ice bucket challenge is a growing phenomenon in the United States to raise awareness about Amyotrophic lateral sclerosis. According to the ALS Association:

Hyattsville Life and Times, 7 years ago 15 min read
From the Editor