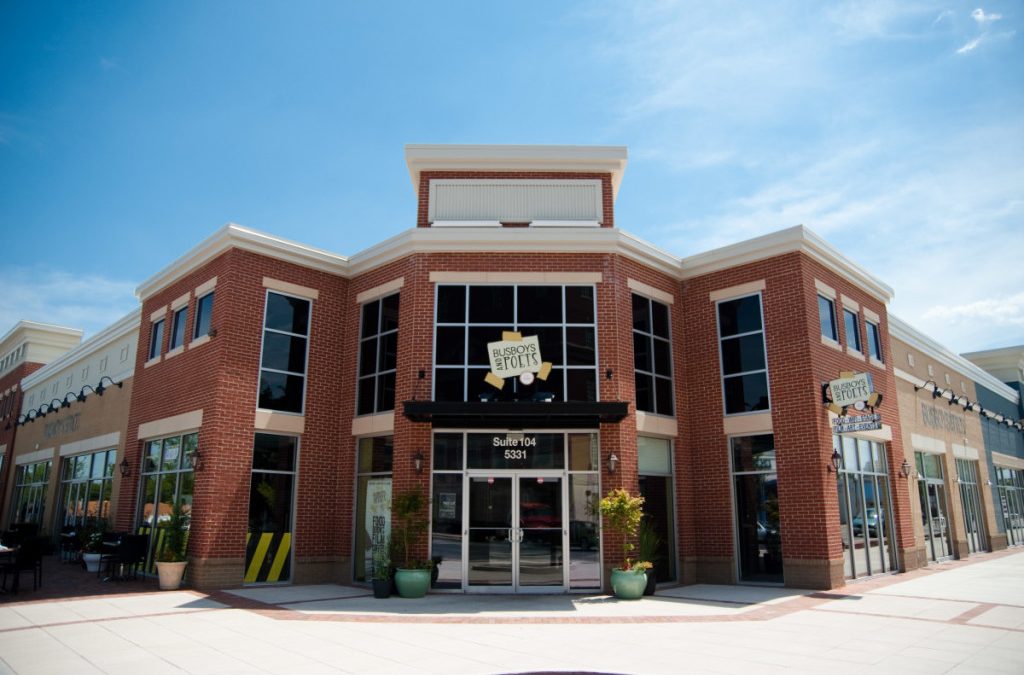 BY SUSIE CURRIE — Busboys and Poets has been open less than a month, but already has a full schedule of events ranging from Senior Open-Mic Nights to private wedding receptions lined up at its newest location, on Route 1.
Since its July 18 opening, owner Andy Shallal has often been seen strolling among the restaurant tables in his straw fedora.

“We tend to be picky about where we locate,” he said. “And this is one of the nicest communities we could have come to. Everyone’s been so welcoming.”
When asked how the newest venue would differ from the first three, Shallal said, “I see us as becoming more of a cultural center [since] there’s not a lot here.”
Another difference is that instead of a bookstore, as in the flagship location on Washington, D.C.’s U Street Corridor, the retail area will feature art supplies.
It will be a branch of Art Under Pressure, which opened about five months ago in D.C.’s Petworth neighborhood and was described by one blogger as “a local shop serving the graff[iti artist] and skate[boarding] community.”
Like D.C., Hyattsville has an ordinance prohibiting the sale of spray paint to customers younger than 18. Co-owner Cory Stowers, who grew up here, said they understand and adhere to that policy.

“But you have to understand that most people who start out being graffiti writers end up being celebrated street artists,” he added.
Stowers said the new location will stock “acrylic and oil paint, brushes, wash, colored pencil, paper, big markers, spray paint and tattoo flash.” Also, he said, “we’ll work with Busboys to stock the authors that they have in for readings.”
So far, those authors have been locals. Todd Kliman kicked off a series of readings on July 21 with a sample of his historical novel, The Wild Vine. On July 28, neighborhood writers Andra Damron, Julia Duin, David Levy, William Loizeaux and Richard Morris each read from their books and then took questions as a group.
Afterwards, seats started filling up for the weekly open-mic night, held from 9 to 11 p.m. on Thursdays; by 8:20, it was standing room only. 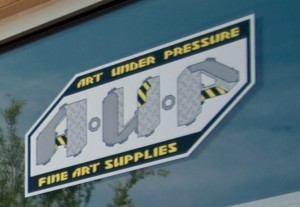 First up was A 10-year-old Cheverly boy who read a poem he had written about taking a standardized test. (He was ushered out by his mother directly; maybe she guessed at the more adult themes to come.)
Performances are held in the Howard Zinn Room, a 150-seat space at the back of the restaurant. As its focal point, Shallal created a wall-length mural based on Langston Hughes’ 1920 poem, “The Negro Speaks of Rivers,” with Zinn at the center and several other 20th-century figures, from Bob Marley to Mother Teresa, at various points along the four rivers mentioned in the poem.
Of the artwork adorning the restaurant, much is local.  “Rammed Earth Drawing,” which hangs to the left of the main bar, was made by Mt. Rainier artist Margaret Boozer from clay that came from the construction site. Nearby, plaster-and-metal ceiling medallions form an installment called “Clouds,” by Cottage City artist Joanna Blake.
Other Gateway Arts District artists on permanent display here include Matthew Gifford, Sonia Keiner, J.J. McCracken, Alfredo Ratinoff and Cynthia Sands.
The restaurant began by serving dinner only; current hours are Monday through Thursday, 11 a.m. to 11 p.m.; Friday, 8 a.m. to midnight; Saturday, noon to midnight; and Sunday, noon to 11 p.m. By August 14, earlier weekend openings will mean weekend brunch both days from 9 a.m. to 3 p.m.