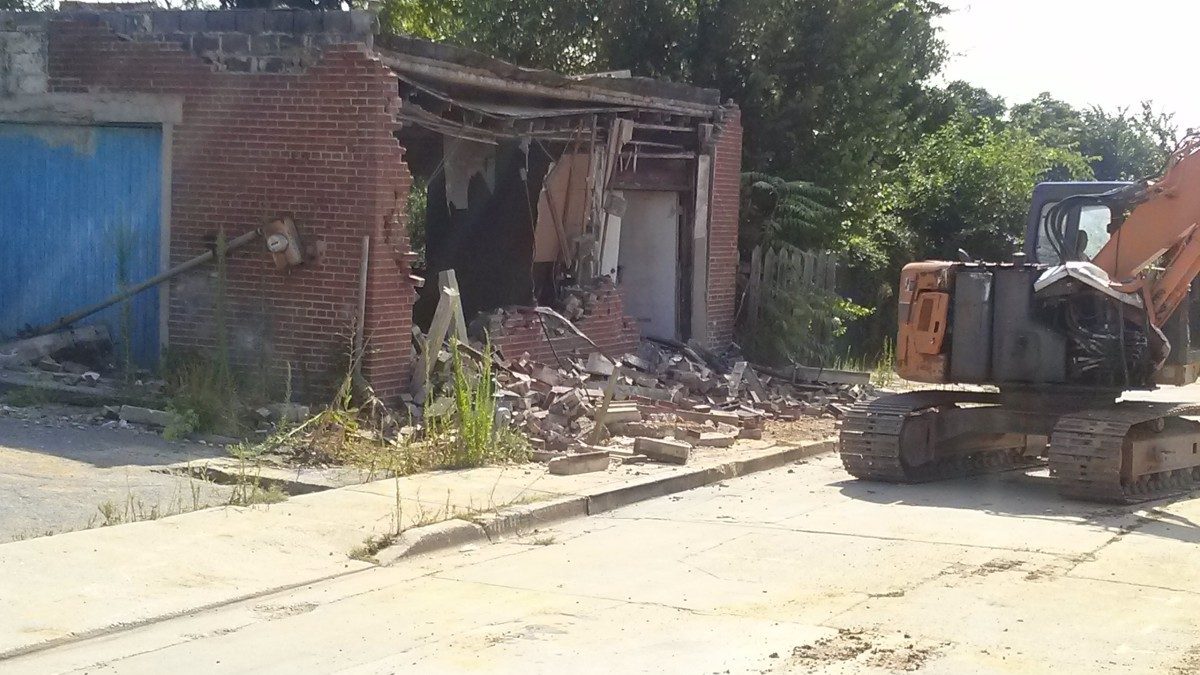 A total of five buildings in the 4500 block of Hamilton Street will be demolished over the next 90 days. The City of Hyattsville hopes to turn this space into new parking along the Route 1 corridor. The first building was torn down Wednesday.

In 2012, the City was trying to acquire the buildings by eminent domain.

A grant from Maryland’ s Strategic Demolition and Smart Growth Impact Fund is covering some of the project’s costs.

PGCTV also reports that the next step will be to secure funding for either a parking deck or a parking lot.