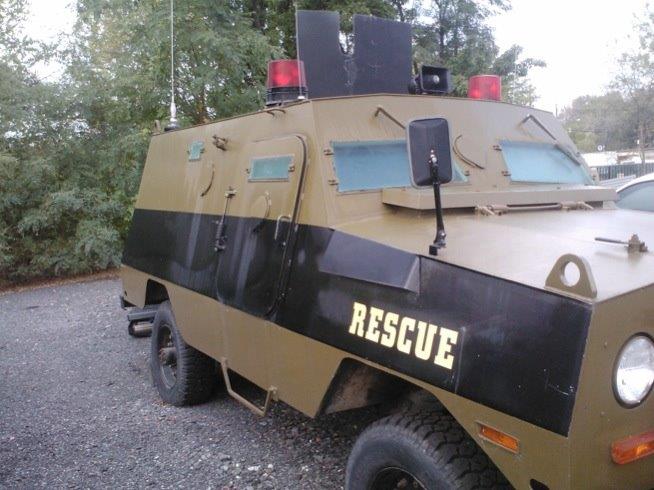 This vehicle was spotted in the Department of Public Works parking lot.
From the Editor

From the Vice President: Building trust in Hyattsville 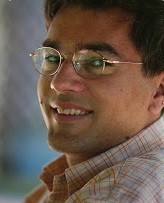 BY CHRIS CURRIE — Last fall, a reporter for the Hyattsville Life & Times saw an armored personnel carrier parked in the city’s Department of Public Works yard. His photos were recently forwarded to City Hall with a request for an explanation, but no city official admitted noticing the vehicle or had any idea why it was there.

A couple decades ago a military vehicle in municipal custody would have turned heads. Now, it goes wholly unnoticed. Small wonder there was almost no dissent among the city council when it recently approved the acquisition of a military surplus High Mobility Multipurpose Wheeled Vehicle (Humvee) for the city’s police force.

What explains this change?  I believe the answer lies in the state of “social capital,” which can be loosely defined as the networks of relationships among people who live and work in a particular society, enabling that society to function effectively.  Social capital provides the basis of trust and reciprocity that produces civic engagement and enriches community life.

In Bowling Alone (2000), sociologist Robert Putnam popularized the understanding that social capital has been on the decline in the United States in recent decades, undermining Americans’ ability to live mutually enriching lives and, ultimately, to sustain our democratic form of self-government.

On the other hand, when trust in one’s neighbors is eroded, it’s replaced by suspicion, fear and cynicism. An excessive anxiety about crime is one symptom of the decline of social capital. The city of Hyattsville was developed upon a framework of thick community, and its legacy remains in our closely spaced houses built near to the street, front porches, sidewalks, and many amenities stores, schools, parks and churches situated within walking distance.  We are blessed with a built environment that encourages citizens to gather and interact with each other in a variety of contexts.

Indeed, Hyattsville’s character as an “urban village” was what a attracted many of its current residents, particularly young people seeking an alternative to the alienation of the modern American suburbs they grew up in. eir aspirations have fueled recent e orts to improve our town’s walkability and bikeability, revive or develop new civic associations and events, create new media outlets, and upgrade our local schools.

Not all is sunshine on the horizon, however. In a 2007 paper, Putnam cited research indicating that greater diversity is associated with less trust in a community, a phenomena he described as “hunkering down.”  This he found to be true not only between different groups, but also within the same groups. Hyattsville, as arguably the most demographically diverse community in the metropolitan area, serves as a laboratory of the impact of social diversity on community life.

Putnam’s thesis hit home a decade ago when I helped conduct a community-values study for the Hyattsville Marketing Task Force. Hyatsville residents scored highest of all 80 surveyed communities on fear of crime that, despite the fact 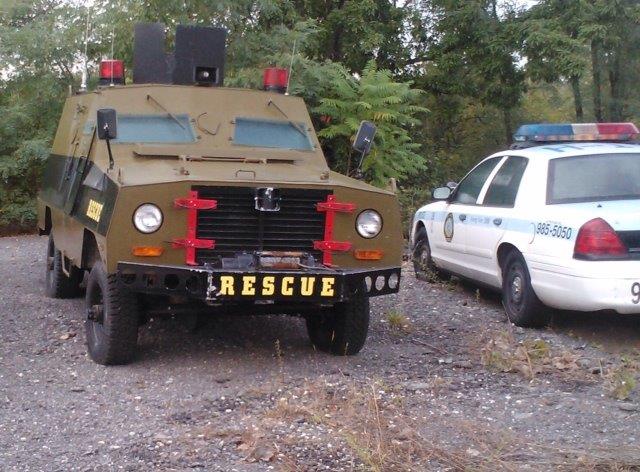 that Hyattsville’s crime rate even then was moderate, and demonstrably lower than that of some other surveyed communities. Since that time, Hyattsville’s continuing anxiety about crime real or imagined has resulted in a steep escalation of expenditures for the city’s policeforce even as spending in other departments has languished, and as the city’s crime rate has continued to decline.

Fear of crime is rooted in a fundamental lack of trust: the belief that other members of society are likely to violate one’s property or person. To the extent that this fear is not warranted by objective circumstances, it is caused at least partly by other factors.

The famous “broken-window” theory of the spread of crime in a community holds that disorder, if left unchecked, lowers social norms generally and signals to outlaws that the wider community won’t enforce prohibitions against deviant behavior. Similarly, when the social behaviors and physical conditions of a community signal mutual fear and distrust, then it follows that antisocial attitudes will increase, not only reducing social capital but paradoxically worsening the very same= problems community members are afraid of.

Thus, the prospect of military vehicles rumbling through the streets of our village hardly portends well for weaving the underlying web of trust and openness to neighbor that will support greater civic engagement and reduce anti-social behaviors like crime. On the contrary, it helps to explain why, at the same meeting the Humvee was approved, the council gave preliminary approval to raising the height limit on front-yard fences. After all, fortress fences seem an appropriate psychological response to whatever threat requires an Army assault vehicle to quell.

It is a paradox of our nature that we humans require a rich tapestry of social relationships to thrive individually and in community, yet we are also hard-wired to be clannish and tribal to fear the outsider, to hunker down in narrower groups that foreclose some of the broader harmony and reciprocity that nourish human happiness. The challenge for all of us in our dynamic, diverse community is to have the courage to reach out to our neighbors unarmed and unbarricaded and invite them to share their lives with us. Let us in Hyattsville be known not by our fear, but by our trust.

Miss Floribunda: Moving outdoor plants, but not their bugs, inside