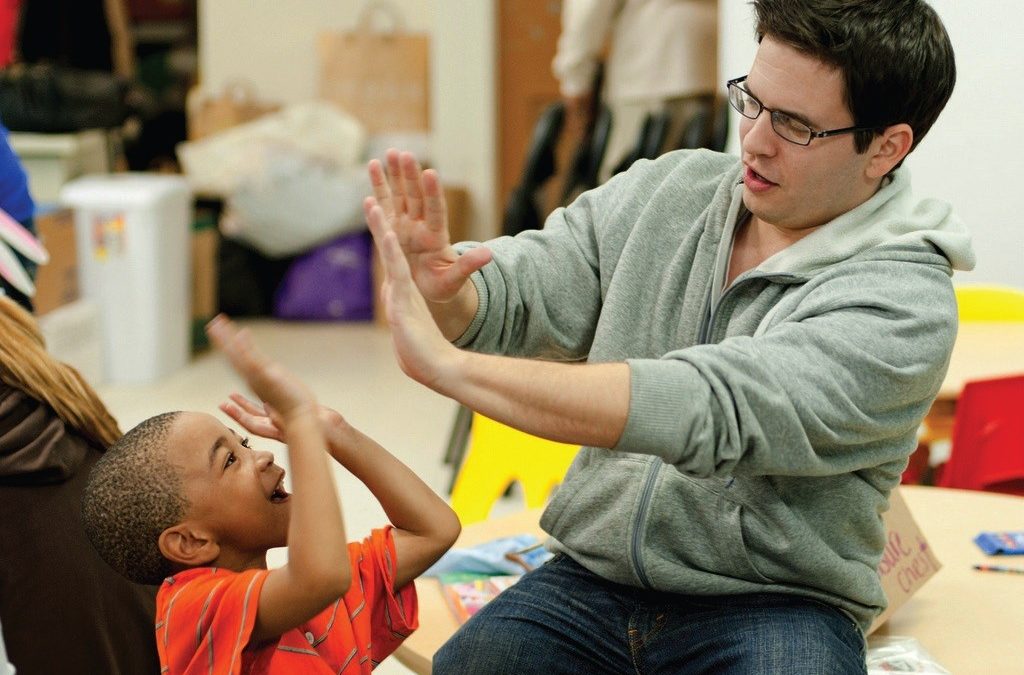 Jamila Larson (not pictured) started the Homeless Children’s Playtime Project in 2003. Volunteers run 13 programs a week for children of all ages at five shelters in Washington, D.C. Photo courtesy Skyler Badenoch.
Beyond Hyattsville

BY SCARLETT SALEM AND SUSIE CURRIE — The tragic story of 8-year-old Relisha Rudd has spotlighted the dismal conditions of the Washington, D.C., homeless shelter where the girl spent the last 18 months of her life.

Rudd, who at press time had been missing for over a month, is one of hundreds of children who call the former D.C. General Hospital home — at least temporarily. Hyattsville resident Jamila Larson, founder and executive director of the Homeless Children’s Playtime Project (HCPP) works to make things a little brighter for them.

Larson began her career focusing on policy at the Children’s Defense Fund, but she often felt removed from the children she wanted to help.

In 2003, she offered to spearhead an employee toy drive and deliver the toys herself to a nearby homeless shelter. But when she arrived at the now-closed shelter, she was “appalled” at what she saw.

“There were half-dressed children languishing in the hallways with no toys, and metal beds [to sleep in],” she recalled.

When she inquired about the fate of donated toys, she was informed that they were locked up because it was “too messy” to have them out.

“I thought, ‘We literally need to donate [ITAL ourselves] so they can use the toys,’ ” said Larson. So she and a few friends convinced the shelter to let them come in periodically and get out the toys and play with the children. And so began the Homeless Children’s Playtime Project.

“We certainly never set out to be a nonprofit operation,” said Larson. But when the city closed that shelter, the volunteers followed the residents to their new temporary housing, “and we realized that this was the norm, not having child-friendly spaces [in homeless shelters].”

When HCPP was granted 501(c)3 status in 2005, Larson began working with the organization full-time. It wasn’t long before high-quality shelters that “understood the need for children’s programs but didn’t have the money to do it” began inviting Larson and her group to start similar programs.

Now, HCPP has physical space in five shelters in D.C., where they annually serve about 600 children ages 6 months to 18 years. Once staffed entirely by a handful of volunteers, HCPP now has 10 paid positions and has boosted volunteer numbers to 150.

The 13 weekly children’s programs are coordinated through a separate administrative office, but they could not happen without volunteers to provide “playful games, chances to learn through art, and movement and imaginative play.” 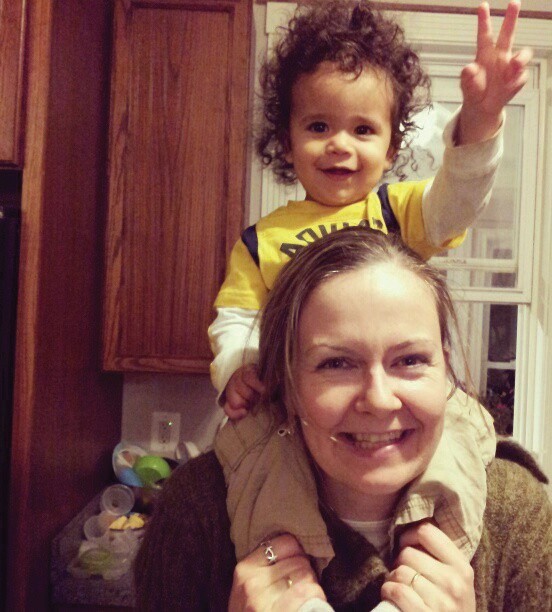 “Playtime’s biggest impact is providing a space that allows children facing homelessness to just be a kid and have a safe, reliable place to play and grow,” said Hyattsville resident Genevieve Fugere,  a volunteer since 2011. “I have watched children who have faced traumatic experiences really blossom and shine throughout their time at the Playtime Project.”

For children in shelters who may suffer from emotional, behavioral and learning problems, this play provides a crucial developmental opportunity.

“We started very organically to meet a very immediate need,” said Larson. “Yes, these families need housing, they need so much … . But the most immediate need [for the children] is access to play.”

Volunteers make sure there is plenty of open-ended play “because the children don’t have the ability to make other choices in their lives.” said Larson. There are also structured activities, such as field trips, and special visitors ranging from a pet-therapy dog to a NASA astronaut. Programs for teens and pre-teens include yoga, tutoring, games, art and more.

In addition, the Playtime Project offers developmental assessments for children and referrals for healthcare and jobs for parents.

Most of its $500,000 annual budget comes from private foundation grants and individuals; HCPP receives no government funds.

“We like it that way,” said Larson, whose work landed her a spot on Washingtonian magazine’s 2012 Washingtonians of the Year. “We want to keep the autonomy. We want to be able to advocate and like not having our hands tied.”

While monetary donations are always welcome, HCPP also has a wish list of specific items both on its website and on Amazon.

“Sometimes, they are seasonal, like spring break or school supplies or holiday presents,” explained Larson. “But we also have ongoing drives for activities that kids can do or [for items such as] diapers.”

And for immediate needs like strollers or baby clothes, Larson turns to the community she and her husband moved to about two years ago, around the time their son, Oliver, was born. She posts specific requests to local listservs HNMoms and H.O.P.E., inviting dropoffs on her Gallatin Street porch.

“I’m so impressed with the neighbors,” said Larson. “Sometimes I hear back within minutes about the gift. [By] the next day, I have things ready to take to the shelters.”

For more information and for a list of current donation needs, visit www.playtimeproject.org.

Twelve ways I limit my use of single-use plastics locally

At Home in Hyattsville: Lionel Harrell: A veteran in service to other veterans