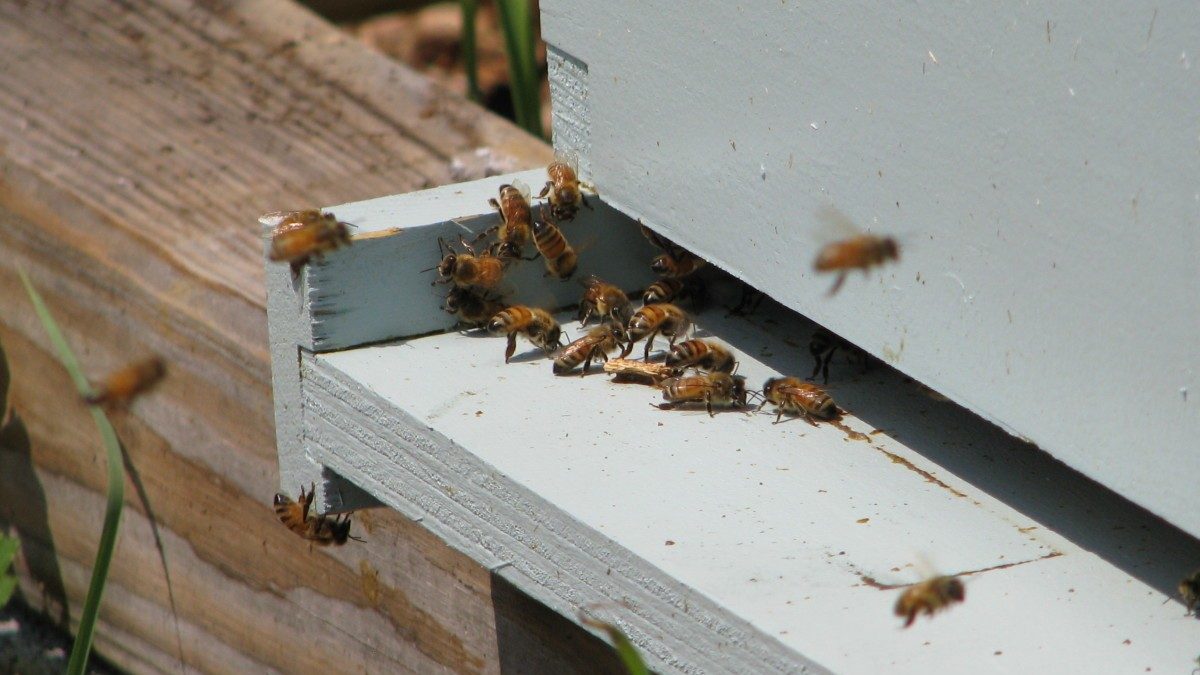 BY SCARLETT SALEM — Until honeybees go missing, it’s easy to forget the critical role they play in agriculture as pollinators. But for Hyattsville resident Maggie Mills, bee health is more than a passing interest.

Mills is the owner of Hope Honey Farm, a local business with 22 hives and a 2,500-square-foot pumpkin patch with gourds, squash and six varieties of pumpkins.

While readers might think of Old McDonald when they hear the word “farm,” the term is used to define any area of land on which crops or animals are grown and raised for profit. The product line, available at Franklins and on the company website, includes honey, lip balm, body scrub and soap.

Hope Honey Farm started with a six-week course in 2012.

“I’d always been very interested in honeybees and curious about the whole process since I was a kid,” Mills said.

After taking the beekeeping class through the Bowie-Upper Marlboro Beekeeper’s Association (BUMBA), she purchased two starter colonies of bees.

“I was instantly hooked,” Mills said. “I completely fell in love with them.”

The following year, a week-long course in Pennsylvania taught her how to produce queens through a process called grafting. This is useful because when queens are purchased from states with a different climate, their survival rates can be low.

Now, Mills hopes to sell starter colonies with local queens to area beekeepers — as long as they know what they’re doing.

“It’s not like buying a puppy. I feel strongly about providing bees to people who have had some level of education, training, or experience,” she said.

“We can’t control how the bees forage but we can control what we put in their hives,” said Mills. She also controls how much honey is harvested; overharvesting, she said, can “decimate the hive and the bees may die [in winter] when no forage is available.”

Mills said that in her experience, “ninety-five percent of people are super supportive and excited about it and want to do anything they can to help. Just a tiny percentage are opposed to it or maybe worry about their own safety.”

Typically, people are stung by wasps or hornets. Honeybees are generally considered ‘docile,’ according to Mills, usually stinging only to defend their hive.

In fact, people are more dangerous to bees. The bee population is dropping, and scientists suspect it is due to diseases and to insecticides commonly found in yards and particular class of insecticides called neonicotinoids, often applied to lawns.

Mills is now a BUMBA instructor and mentor, although the hives remain a hobby.

“We are regular people with full-time jobs,” Mills said. “But we also want to focus on getting back to the land.” She works with her partner, Janean Romines, who also has “a vested interest in … taking care of the land and our pollinators.”