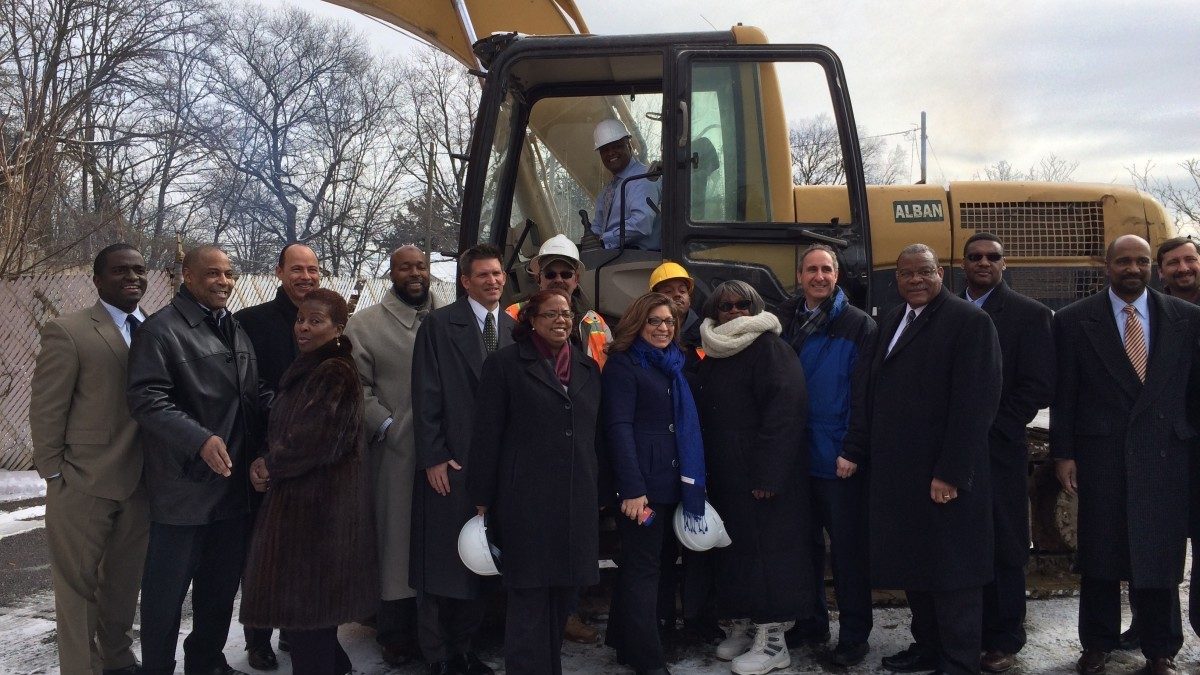 BY CAROLINE SELLE — On Wednesday, Feb. 18, what was once known as “the Plumber’s Building” at 3807 Rhode Island Avenue in Brentwood, Md. was demolished to make space for a new mixed-use structure.

According to the Prince George’s County website, the new building “will be developed at the intersection of 38th and Rhode Island Avenue as one of the final development pieces to implement the vision of the Arts District that was established a decade ago.” It will include apartments, artist work space, and retail space and be known as Studio 3807.

To mark the building’s last day, a “Demolition Party” was held at the Brentwood Arts Center and attended by the Prince George’s County Executive Rushern L. Baker III, elected officials, and community leaders.

The 36 million dollar project will be implemented by the Landex Companies. According to Baker’s office, the Maryland-based company’s team includes two minority developers.