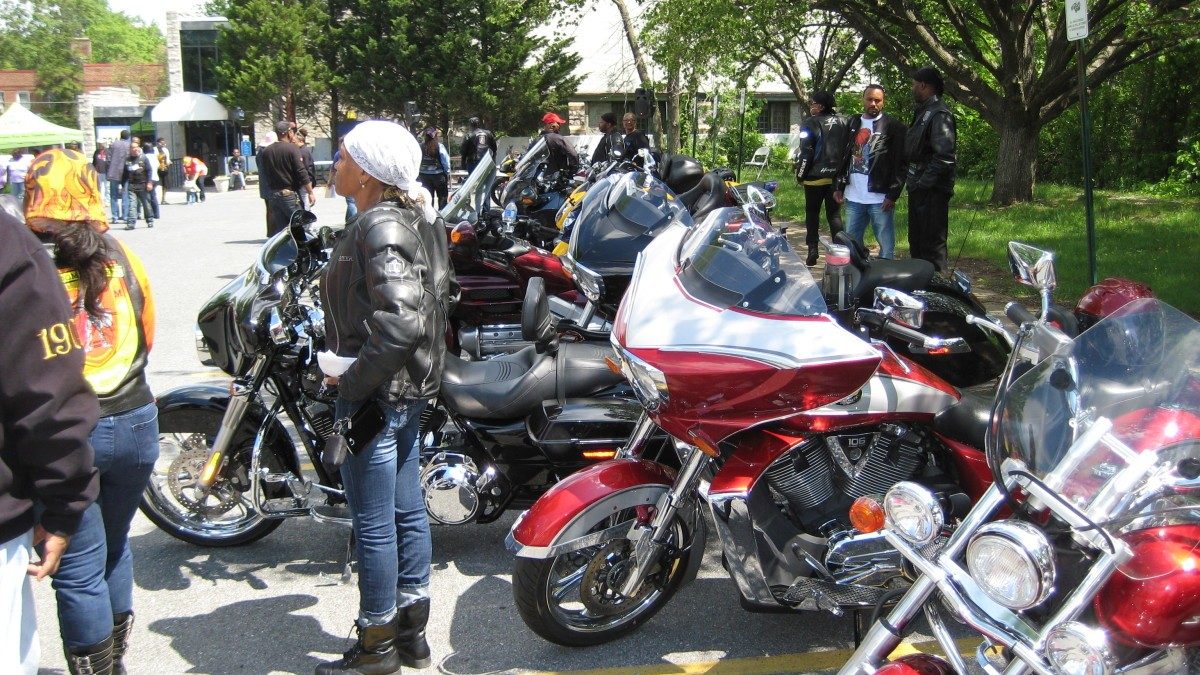 BY DAN HART — On a beautiful spring Saturday in Hyattsville, the Crossover Church on Baltimore Avenue held its eighth annual Chariots of Fire Biker Blessing. The May 17 event attracted dozens of motorcyclists from the D.C. metro area as well as several families.

“We are opening this up to the community by making it a combination biker blessing and [family] event,” said Associate Pastor Ivan McDowell, “because most bikers probably won’t get on the Moon Bounce or get their face painted.”

McDowell explained that he and another pastor at Crossover started riding motorcycles in 2005 and discovered that it was a great way to engage a tightly knit community with a culture all its own. He also noted that other churches hold similar events.

Click here to see more pictures of the Chariots of Fire Biker Blessing.

Minister Ron Finney, a rider himself, led the opening blessing as most of those in attendance joined hands to form a large semicircle around the main stage. In a wide-ranging and poignant prayer, he asked for blessings on the bikers and their families; for their safety on the road and protection against distracted drivers; for their bikes to work properly; for wisdom to listen to “that quiet, still voice”; and for “fellowship and encouragement of one another.”

The bikers in attendance had come from all over the area after hearing about the event through fellow riders or coworkers. As the event progressed into the afternoon, more continued to roll in off the streets, creating a line of dozens of motorcycles parked neatly along the church’s adjacent parking lot. When the bikers were asked what they like about riding, a few common themes seemed to arise.

“The freedom,” said Tanya from Waldorf, who is a member of the Freedom Knights Motorcycle Ministry. She added that she liked “riding for a cause and not just for partying or other stuff.”

“It’s a combination of a lot of things,” said Kenny from Glen Burnie, a member of the Kingdom Riders motorcycle ministry. “For me, it’s just getting out there and … I’m free.” He joined the group because he “didn’t want to get with any groups that were always doing a-hundred-and-some miles an hour. I just wanted to ride.”

“It’s quiet time,” said a Baltimore man who identified himself only as Boy Wonder. “If you have a moment where you’re going through something … being under that helmet, you can get that one-on-one connection [with God]. So it’s a spiritual event, no doubt.”

PHOTO: Hooping it up at the Fourth Annual Downtown Hyattsville Arts Fest