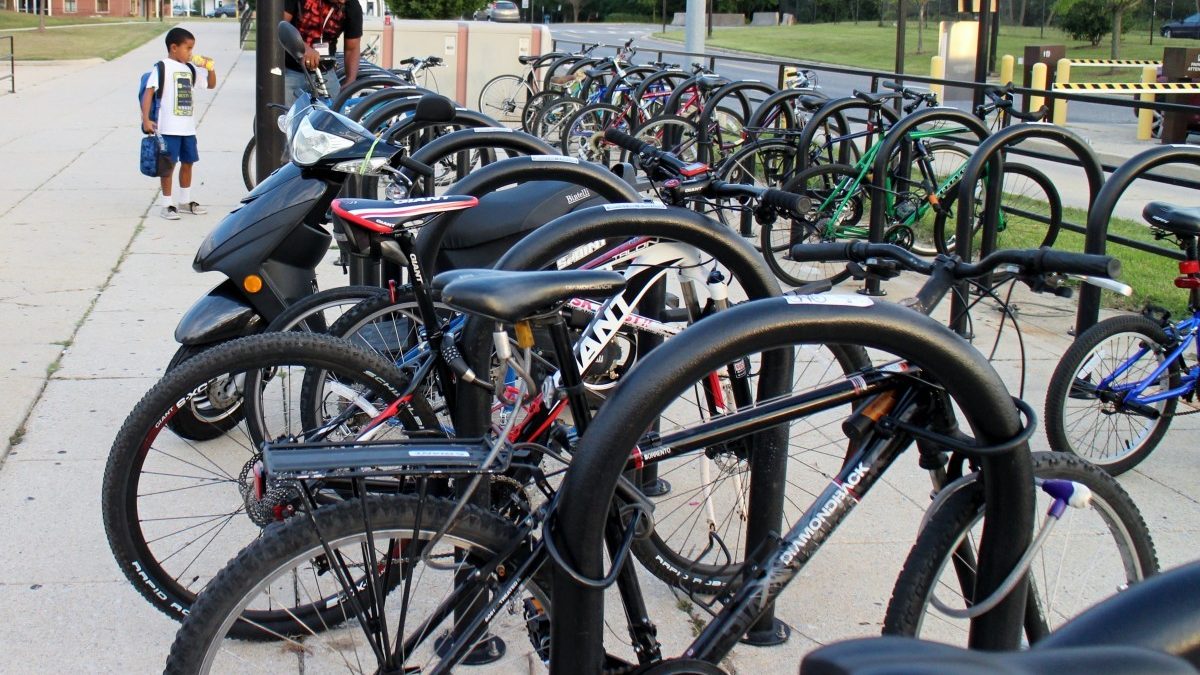 The West Hyattsville Metro station bike rack gets plenty of use. Photo by Susie Currie
Hyattsville

BY CLARICE SILBER — Residents and local officials came together for Bike Maryland’s community and business workshop at the Hyattsville Branch Library on Oct. 29.

Bike Maryland is a nonprofit that promotes bicycling and safety for riders. The workshop provided a forum to discuss ways to make Hyattsville a better place to ride.

“The main goal for us is to be a voice of all the bicyclists in Maryland and that’s a big challenge,” said Carol Silldorff, executive director of Bike Maryland. According to Silldorff, the the organization works to create changes on both a state and local legislative level.

The event sparked a discussion on educating cyclists and drivers alike. “Driver education, I can’t say it enough,” said Kevin Ware, an Upper Marlboro resident and member of both Bike Maryland and the League of American Bicyclists. Ware complained that drivers on the road are inconsiderate of biking commuters and often fully occupy lanes.

Tiffany Williams-Jennings, an employee of the Maryland-National Capital Parks and Planning Commission, believes that cyclists themselves need to be more educated as well. She explained that many cyclists ride against traffic and are unaware they should be cycling with the flow of traffic.

She is also a co-chair of the Pedestrian Safety Work Group, which works to decrease the number of pedestrian and cyclist injuries and fatalities in Prince George’s County.

“I was born and raised in Prince George’s County, so I’m really passionate about trying to improve pedestrian and cyclists education in the county,” said Williams-Jennings.

Proper funding and infrastructure were among the challenges raised by, among other attendees, Hyattsville Assistant City Administrator Jim Chandler. According to Chandler, most places do not emphasize the importance of bike riding.

“There are certain areas that prioritize bikes, but predominantly [they’re] prioritizing cars, and that’s pretty clear in 90 to 95 percent of the county,” Chandler noted. He also explained that although Hyattsville does not directly fit into this mold, with two Metro stations for pedestrians and committed funds towards bike riding initiatives, it too sometimes struggles.

Katie Lupo, the Bike Maryland Program Coordinator,  said the organization chose to hold the workshop in Hyattsville because of the boom in the biking culture.

“In comparison to a lot of towns, the public [here] is very involved, but there always can be more involvement,” Lupo said.

Going to Market: Yes, you can still find fresh produce during sweater weather