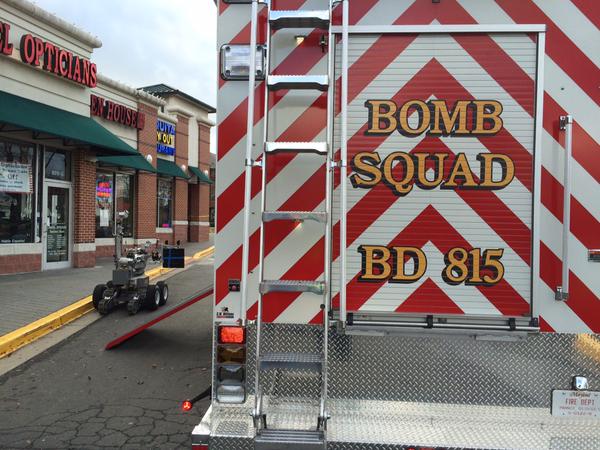 BY REBECCA BENNETT — Updated at 4:36 p.m.  According to the City of Hyattsville, the 6200 block of Belcrest Road is now open after police activity Monday afternoon.  Prince George’s County Fire and Rescue says the bomb squad investigated a suspicious package on Belcrest Road between Queens Chapel Road and East West Highway.

Hyattsville City Police Spokesperson Lt. Chris Purvis said that around 1:15 p.m., a man was reportedly seen praying over a dark-colored backpack in the area.  The man then fled. According to Purvis, police located the backpack, secured the area and then called in the fire department’s bomb squad.  Authorities cleared the suspicious package, police said.

The Hyattsville Volunteer Fire Department was also on scene.

Metro buses through this area were experiencing delays and changes. According to Metro, routes 86, C4, F4, F6, F8, R4 are operating on or close to schedule.