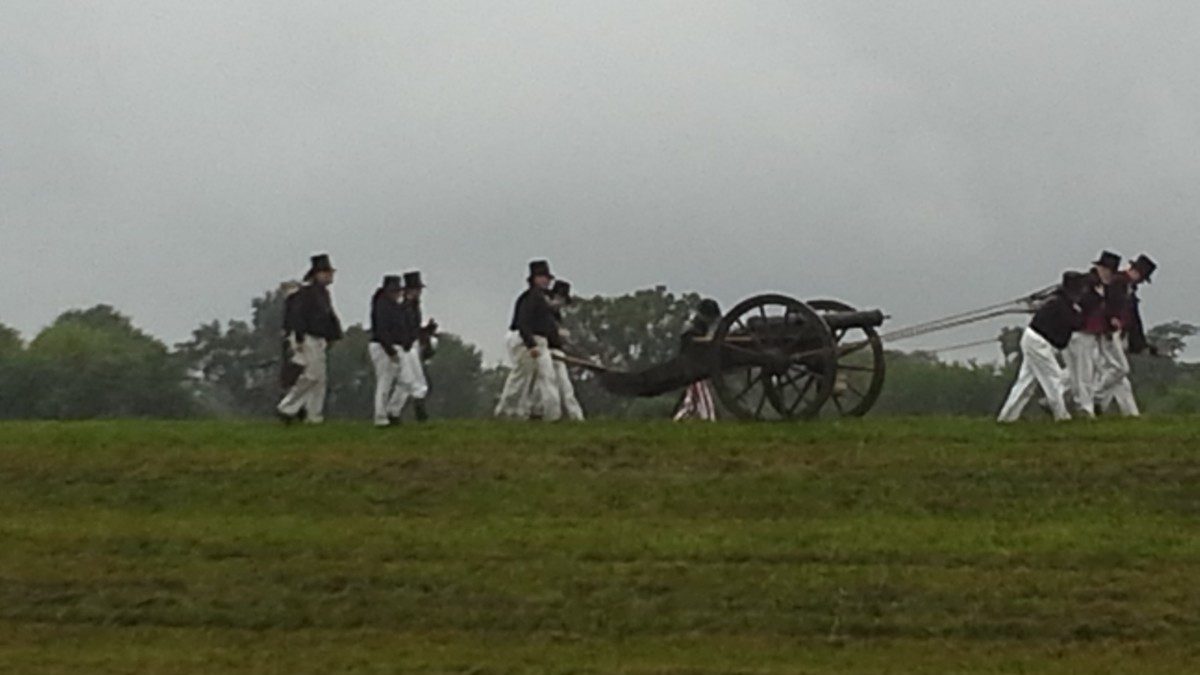 Two hundred years ago today, British soldiers invaded Washington and set fire to virtually all the key public buildings, including the Executive Mansion (now the White House) and Capitol.

Earlier that historic day, ill-equipped American troops offered little resistance in a surprise attack at Bladensburg. In fact, during the Battle of Bladensburg, the disorganized and untrained Americans ran for their lives, a reaction immortalized in an 1816 poem as the Bladensburg Races.

The Bladensburg Races were run again this morning, in a 5K race from Bladensburg Waterfront Park along the Anacostia Waterfront Trail system. From noon to 4 p.m., several historic sites in town will be open to the public.  At 8:30 p.m., fireworks at the park will close a weekend of activities commemorating the battle, which came near the end of the War of 1812.

Re-enactors from several regiments staged a repeat during yesterday’s Battle of Bladensburg Festival, which took place as scheduled despite a steady rain that fell throughout the afternoon. The festival, which began at 11 a.m. with the dedication of a new war memorial, included an encampment, period crafts and demonstrations, live entertainment and dozens of exhibitors and vendors.

Though the wet weather kept attendance lower than expected, it was perhaps a fitting backdrop for the commemoration. Two hundred years ago, it was a thunderstorm that saved the capital from being burned to the ground.

According to Colmar Manor Police, festival fireworks were rescheduled to Sunday, August 24 at 8:30pm at Bladensburg Waterfront Park.

DeMatha will have an Edge at quarterback in 2020