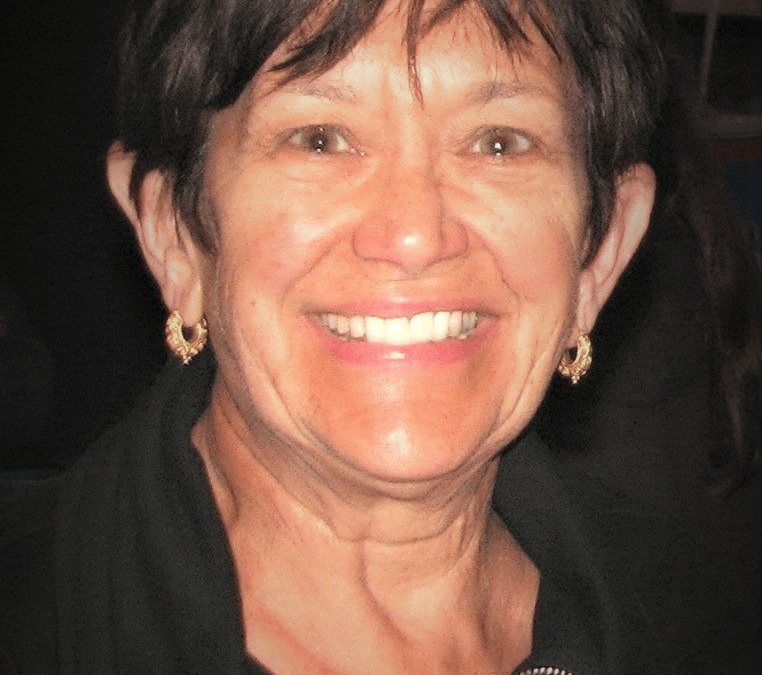 Renee Domogauer has lived in Calvert Hills for 41 years. She is affectionately known by her neighbors as the mayor of Carleton Terrace.
College Park

The call usually led to a father-son walk downtown for food and a few video or pinball games — and who knows what else? Fathers and their ‘tween sons sure had interesting adventures in those days.  Now, only a generation later, when I think I’m regaling my grandson with stories from days gone by, he just scratches his head and asks,  “Leave the house to play a video game?”

“Yes! Are you ready for this? Back in the ‘80s and ‘90s, kids had to actually leave their rooms to play video games.”

Back then, teens didn’t have such diversions at their fingertips, I tell him. They had to actually go to video arcades and pinball hangouts, and College Park had its share of such places. Two particularly memorable spots were Howie’s and Hungry Herman’s.

My son remembers Howie’s as being run by Mrs. Howie, who served her patrons with great kindness and patience. She must’ve been a saint, putting up with an endless onslaught of teenage boys. Howie’s was located roughly where Pizza Kingdom is today and was filled with kids waiting for their turn to play foosball and air hockey.

And then there was Hungry Herman’s, right around the corner from Howie’s, where College Park Shipping and Mailing now sits. While its rooms of pinball machines and video games entertained, its gustatory department didn’t disappoint, either.  My fondest memory of the place was learning that, unlike the ever-present Mrs. Howie, there was no Mrs. Hungry Herman on the scene. The owner’s wife gave her husband’s business a wide berth — no fast food, greasy spoon, boisterous crowds for her! She was a yogi. She taught yoga and vegetarianism, along with peace and tranquility, in her mini-ashram at home. Seriously. But I digress.

What other excitement did kids get up to in the ‘80s? Swensen’s ice cream parlor sat in the middle of the shopping center, which was anchored back then by Peoples Drug Store. My son fondly remembers going to Swensen’s with a gang of his teen friends and sharing the Boat, a giant ice cream concoction that fed them all.

College Park offered diversions for the rest of us, too. In those days, before high tech landed in our lives, we crowded into record stores. Yes, we were on the hunt for records — those big, round, black vinyl disks that you had to actually buy and bring home and play on a turntable — risking, of course, breakage, scratching and warping. But, gosh, was it exciting to flip through the shelves of albums with their intriguing cover art! There were lots of record shops along the Route 1 Corridor, but our very own, here in College Park, was a Kemp Mill store that was located where Noodles & Company now stands.

And we had a small, single-screen movie theater, too. Yes, the College Park Theater was opened by Roth Theaters in 1976 and later became a 99 Cent Theater. By day, it showed hits like “Out of Africa” and “When Harry Met Sally,” and by night it became far less civilized, screening double features like “The Rocky Horror Picture Show” and “Phantom of Paradise.” I’ve heard that moviegoers threw food and beer at the screen on those nights. Less civilized, indeed!

And we had actual brick-and-mortar video stores back then — Erols and, later, Potomac Video. They were all so new in the ‘80s, and all the rage; I remember that my son, a DeMatha High School student, used to run over to Erol’s to select videos for his film class. Video shops were veritable town squares back then, too. Not only could you peruse the shelves, but you often ran into your neighbors and got to catch up on all the local goings-on.

In so many ways, College Park is now a very different place than it was back in the day. If you’ve got memories to share, readers, please contact me at ddomo@verizon.net.

Tags #back in the day #history #January 2021 Edition
Previous

Music to My Ears: Looking long through the holidays