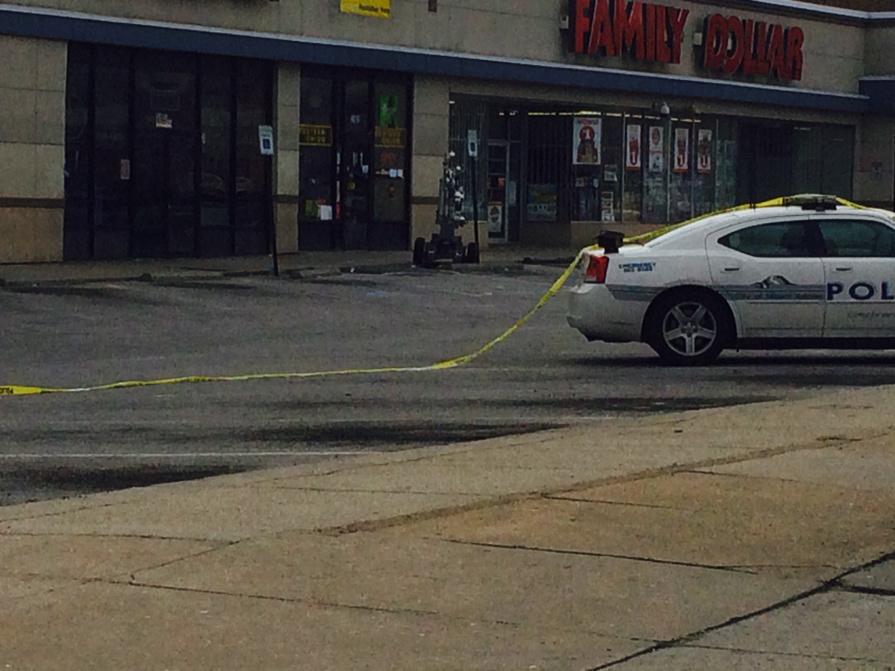 BY REBECCA BENNETT — The Prince George’s County Fire and Rescue (PGFD) Bomb Squad gave the all clear around 1 p.m. Tuesday afternoon after investigating a suspicious package in the 3100 block of Queens Chapel Road in Chillum, according to PGFD Spokesperson Mark Brady.

Around noon Tuesday, cars were not able to pass through the intersection of Queens Chapel Road and Chillum Road. Traffic was diverted around the area after a man robbed a store in the area.

According to Mount Rainier Chief of Police Michael Scott, a man walked into the Western Union store, presented a note that said he had a bomb in a plastic bag and demanded cash.  Scott said the teller gave him the cash, but the man deposited the bag with the alleged bomb right in front of the store.

Accord to Scott, authorities took their time to make sure it was not a real bomb. When they opened the package, they found miscellaneous articles and determined it was not a bomb.

Police are looking at security footage to see what they can find.

Hyattsville Life and Times, 11 years ago 1 min read
Beyond Hyattsville