The renovations would transform three Baltimore Avenue units from live/work units into residential townhomes.  According to the request, this means modifications would be made to the units’ front façades, as well as what EYA called some other minor changes.

The Prince George’s County Planning Board approved the request with some conditions, and the decision became final after the District Council hearing on June 30. 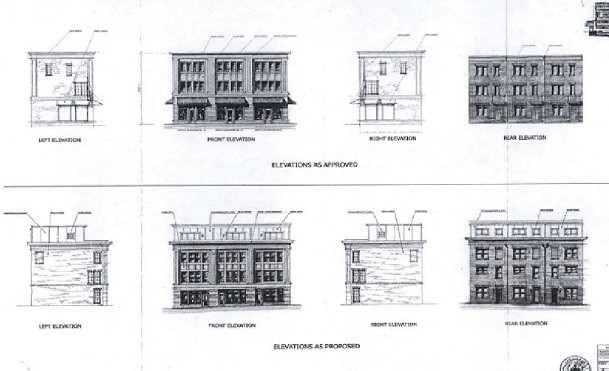 Requesting approval for a Detailed Site Plan for the following amendments to the previously approved plans: convert three live/work units to residential units with resulting architectural changes; revise the layout of the tot lot; add 156 square feet of land to the application; revise the Lot 129/130 courtyard, building footprint, lot line and trash enclosure; add a privacy fence to Lot 127; and revise sheets and tables.

According to the planning board’s technical staff report, “In an e-mail dated May 28, 2014, a representative of the City of Hyattsville stated that the City had no comments on the subject project.”

The conditions on which the planning board approved the request include items such as confirmation that the “proposed development of the site is in accordance with the requirements of approved Stormwater Management Concept Plan.”

This comes as the townhomes are EYA are now temporarily sold out, according to its website.

Planning board takes no action on Chick-fil-A