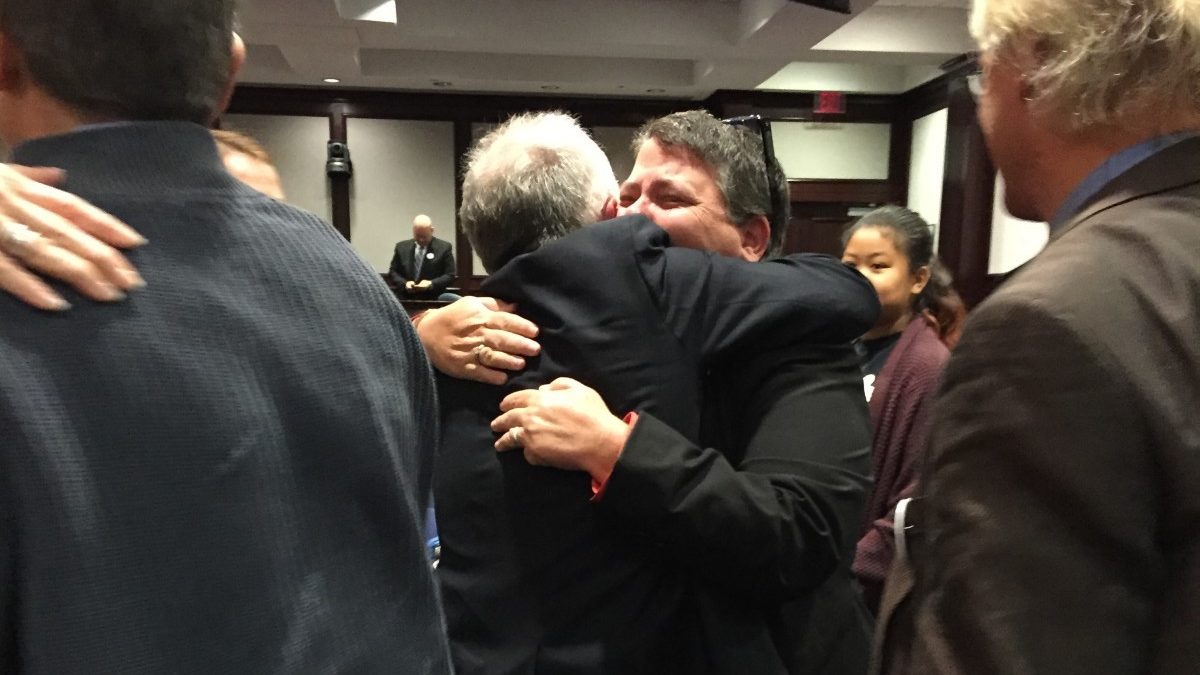 BY REBECCA BENNETT AND CAROLINE SELLE — On Oct. 20, after more than a year of debate about the Marché Florist building, the Prince George’s County Council voted 8-1 to overturn the site’s historic designation. While Art Works Now Executive Director Barbara Johnson, one of the owners of the building, is no longer mandated to uphold the building’s existing structure, the much-anticipated Art Works Now and Pizzeria Paradiso project will be able to move forward.

When Johnson appeared before the District Council to argue in support of declassifying the building, approximately 50 Art Works Now supporters, many of them wearing the nonprofit’s t-shirts, were present in the audience.


Though several council members expressed their support for maintaining the historical integrity of the structure, they agreed that the current owners intended to preserve it.

In 2004, the building was added as a “contributing resource” in the Hyattsville national register historic district, indicating that it may be significant in local history, architecture, archaeology, or culture. In 2010, Prince George’s County added the Marché Florist building as a “historic resource” to its list of Approved Historic Sites and Districts Plan. In theory, these low-level listings do not impact the property’s seller or buyer because there are no legal obligations.

White Angelica, LLC, a partnership formed by Johnson on behalf of Art Works, purchased the building in 2012. They “did due diligence research to locate any liens or restrictions on the property,” and had the property surveyed, said Johnson. She said it wasn’t until the partnership filed for a work permit and was referred to the Historic Preservation Commission (HPC) that there was any indication the building was considered historic and that there might be restrictions in place.

During the Oct. 20 hearing, council members asked why the no one seemed aware of it’s historical nature before the building’s purchase.

“Why is it that this all went through without any comment … why does it seem that no one was aware of this or no one cared about it one way or another? That seems kind of irresponsible,” said Council member Mary Lehman (District 1).

According to Johnson’s legal council and the City of Hyattsville, the building was in foreclosure during the time it was added to the County’s historic master plan as a “historic resource.” Jim Chandler, assistant administrator to the City of Hyattsville, told the District Council, that when buildings are in foreclosure, “There are certain issues with respective notifications of property owners including this property owner.”

Johnson and her lawyer indicated that the “historical site” designation imposed additional costs and processes that prevented the non-profit from being able to afford necessary renovations.

According to the council’s legal advisor, “[It’s not known] beforehand what renovations the HPC will approve or disapprove once its designated a historic site.” He also said that there was no right or wrong answer in this case, and that it was purely a judgement call on the part of the council.

“Even if the building has historic merit,” said Stuart Eisenberg of the Hyattsville Community Development Corporation, “it has to be in perspective to other things. The HPC is doing their job zealously. The District Council has to look at the big picture; that’s their job.”

Council Vice Chair Will Campos (District 2) asked, “What good is a historic building that cannot contribute to our present other than by physical existence alone? We find ourselves with an investor to our community who wants to contribute to the revitalization of Route 1 to a very crucial segment of that corridor.”

On the vote to overturn the Marché Florist building’s historic designation, Lehman was the only council member to vote “no.”

Following the District Council decision, an Art Works board member said the mood was celebratory.

The next step, according to Johnson, is to meet with the nonprofit’s architects to begin the final permit drawings, which she said have been on hold. After the final drawings, Johnson said, the next step is “permitting and sending out drawings for bids.”

Johnson said she hopes Art Work’s summer camps can be held at the Marché Florist building in the summer of 2015.

Legend and Lore: A History of Hyattsville, Part 2