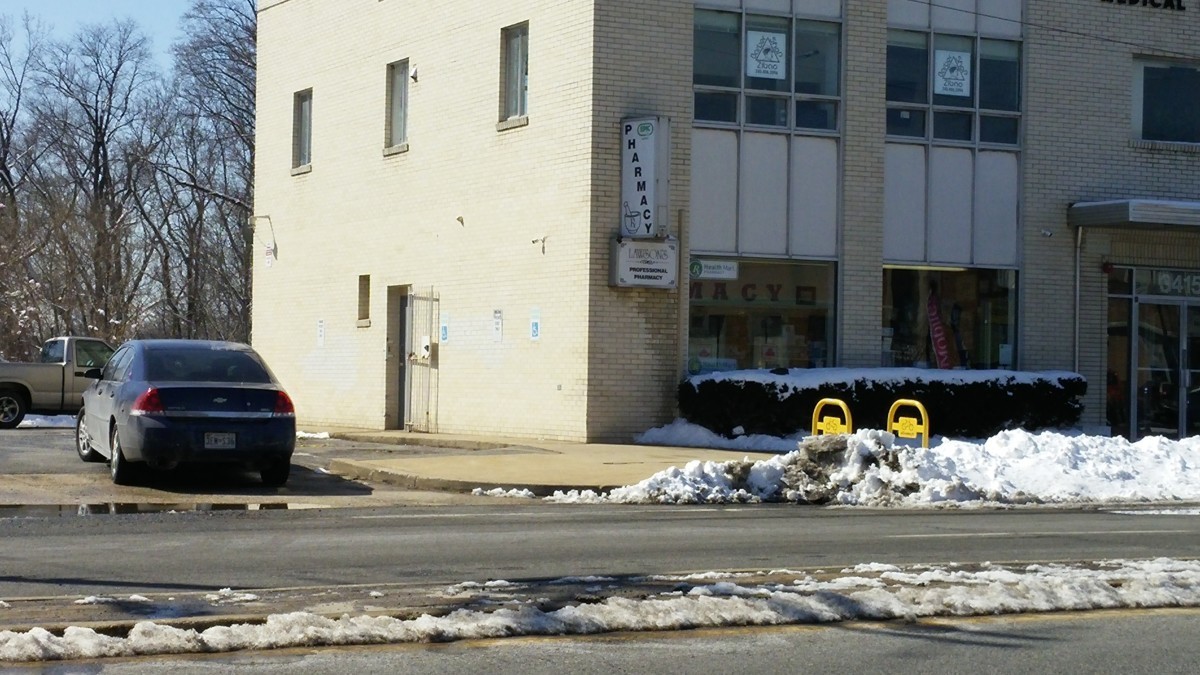 BY REBECCA BENNETT — Just after 9:30 a.m. on March 7, the Hyattsville City Police Department said three masked men entered Lawson’s Pharmacy in the 3400 block of Hamilton Street. Armed with a black semi-automatic handgun and pepper spray, the men assaulted two customers before making off with prescription drugs and money.

Frank Abbey was in the store at the time. He told WUSA9 that he and another customer were sprayed in the face with pepper spray.  “I said ‘I’m all right, I’m not going to do anything!’ And he sprayed me, and down I went. I was totally disabled. And I have COPD, and I was gasping for breath and my eyes were burning out of my head,” Abbey told WUSA9.

Here are the descriptions of the three men, according to police:

Police said the men escaped in a silver Chevy Cruz with a War of 1812 license plate.   Anyone with information can contact the Hyattsville City Police Department / Criminal Investigations Section at 301.985.5060.

A Community divided: Against the Werrlein Properties’ development proposal