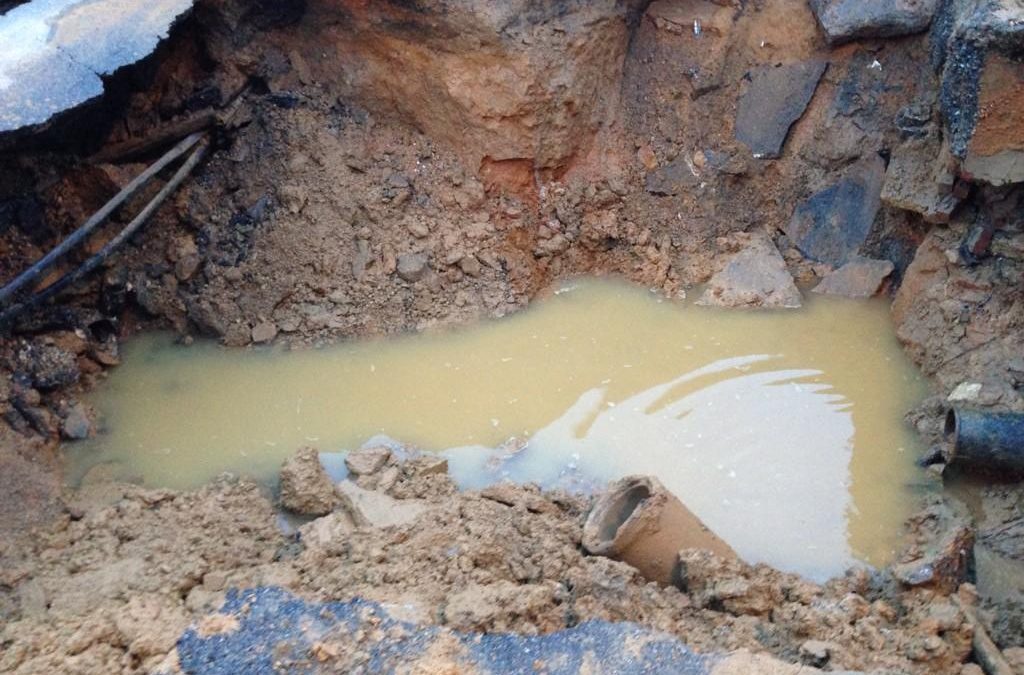 BY CAROLINE SELLE — Just last week, a major water main break shut down most of westbound East West Highway and proved difficult for repair crews to fix. In late January, a 12-inch water main break on Edmonston Road near Decatur Street — just outside the city of Hyattsville — caused a sinkhole that swallowed a car and nearly submerged the family inside. Earlier in the month, another break near the West Hyattsville Metro Station shut down portions of Ager Road. Another break on Baltimore Avenue shut down traffic on Route 1.

Those breaks were just four of a total 408 in the month of January, according to numbers provided by Washington Suburban Sanitary Commission (WSSC).

It is unclear how many took place within or directly affected the city of Hyattsville. According to Jerry Irvine, public affairs manager at WSSC, “We don’t keep record of specific geographic locations related to breaks and leaks.” But the utility company says the 408 breaks were far from a record number. In January 2009, the utility recorded 2,009 breaks.

“… There really isn’t a trend [of] increasing amounts of breaks,” Irvine said. “Keep in mind, weather plays a HUGE role in the number of breaks. What is consistent is that we have a very old system of pipes. Over [one fourth] of our water mains are over 50 years old. And cast iron pipes — the kind typically put in the ground [more than] 50 years ago — they are nearing the end of their lifecycle.”

In other words, customers can expect the breaks to continue. That’s not atypical. According to DC Water, the Washington, D.C. water utility, “As the weather turns cold, water main breaks become more common. This is due to the expansion and contraction of the pipe material, weakening it. Pipe corrosion, soil conditions, age and ground movement can also cause a water main break, creating unexpected problems for customers and motorists.”

In fact, the American Society of Civil Engineers estimates there are 240,000 water main breaks per year in the United States. In its 2013 Report Card for America’s Infrastructure, the group gave the U.S. drinking water system a grade of ‘D.’ Because so much of the country’s water infrastructure is aging, the Environmental Protection Agency (EPA) estimates that 4,000 to 5,000 miles of drinking water mains are replaced each year. Projections suggest that by 2035, the amount of mains needing replacement will peak, with 16,000 to 20,000 miles needing replacement annually.

Though WSSC says it does work to replace mains preemptively, Irvine said the water utility is on a 100 year replacement cycle.

During winter months, Irvine said WSSC “authorizes an all-hands-on-deck approach.” Managers are authorized to increase their employment of emergency contractors.

"I am Hyattsville" t-shirts available for purchase

PHOTOS: A bit of winter weather on a February day