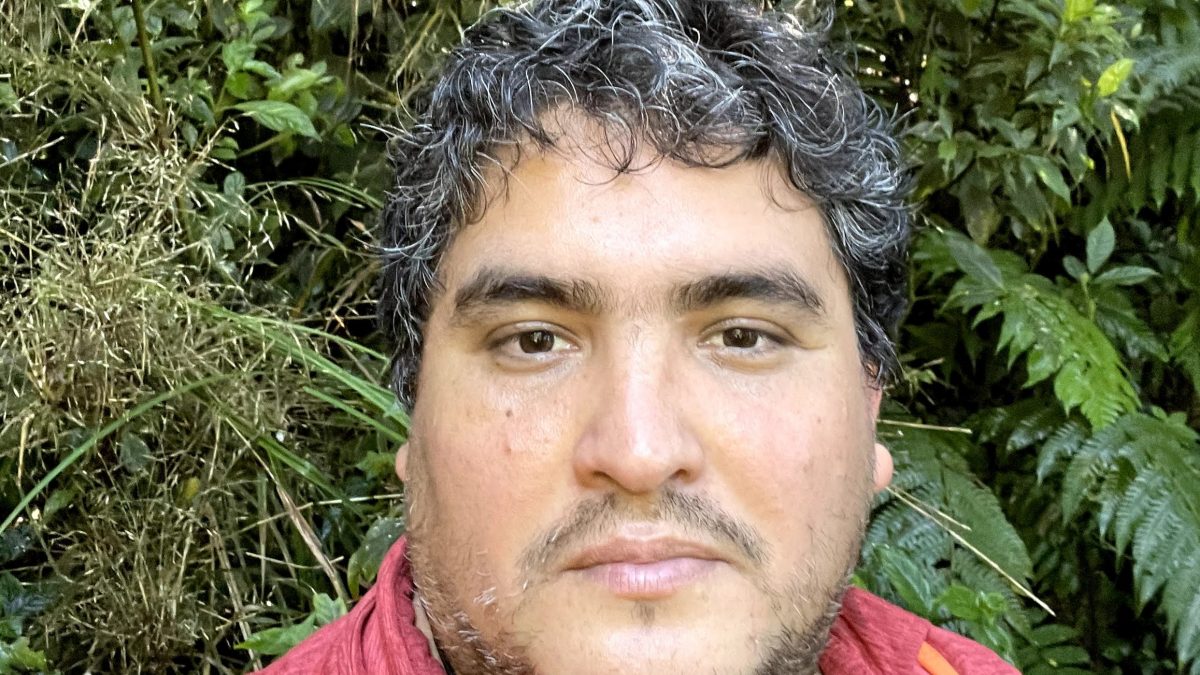 Jorge Bogantes Montero grew up in a middle-class suburb outside San José, Costa Rica’s capital. His teacher-parents instilled in him a love for adventure and nature through frequent travels throughout the country. Bogantes reported, “I was lucky because I got to experience different parts of the country — from the coast and mountains to the rainforests — and to see all the wildlife. My aunt has a property in the highlands northeast of San José. We used to go there and hang out with the locals. I called them the ‘cloud forest people.’ We used to hike and would go to a nice river, called the Rio Sucio (Dirty River), because it gets sulfur and other chemicals from Irazu volcano, so it’s brown — hence the name. You can [also] find cultural differences, such as the Guanacaste Province, that used to be part of Nicaragua. The southern Caribbean coast has a strong Afro-Costa Rican and indigenous population. I got to see the different people.”

One notable advantage to growing up in Costa Rica is the lack of military presence, which contributes to a more harmonious country. Bogantes explained, “In 1948, Costa Rica abolished the army, and it has marked many generations. There may be violence because of the inequality, but not having an army helps, because that money is spent somewhere else, and you don’t have to worry about things that could lead to violence. Our values are more conducive to peace.”

Another factor that strongly marked Bogantes’ development is the country’s emphasis on conservation. After studying natural resources management at university, he became an ecotourism guide in the Osa Peninsula, in southern Costa Rica, close to the Panamanian border. “Ecotourism was relaxing, but I wanted something that was more ecological restoration. In my last job before moving here [to the U.S.] was a project in Saraquipi, halfway between the central highlands and Nicaragua. I worked there on a conservation project with Chiquita, where we were planting trees.”

Bogantes met his wife, who is American, when his family hosted her during her college exchange program. He traveled abroad for the first time to visit her in 2007, after she had left her native North Carolina for a job in Washington, D.C. He joined her permanently the following year. Bogantes recounted, “I loved the city. I thought it was great — very cosmopolitan with lots of green areas, but not overwhelming. When I moved here in 2008, I had to wait for a work permit. I got an internship at AWS [Anacostia Watershed Society] and then got hired. I’m a natural resource specialist, so I work on freshwater mussel restoration to propagate mussels to help filter and clean the river water. Environmental planning in urban spaces is rather deficient in Costa Rica. The conservation of biodiversity in the pristine national parks and the production of energy from renewable sources are important accomplishments, but the country is not doing a good job in other environmental issues, such as waste management, marine conservation, etc. Attitudes are changing, but there is still a lot of work to do.”

Upon moving to the U.S., Bogantes did not experience too much culture shock because he had a lot of exposure to American culture previously through his wife and tourists visiting Costa Rica. However, he was surprised by how multicultural American society is — and a few other aspects of American life startled him, too. “There are people from Ethiopia, all over Latin America. It was also surprising that not everyone drinks coffee. Everything revolves around cars. People have breakfast in their cars. Also, everything is big in the suburbs — big houses with big lawns.”

Bogantes and his wife discovered Hyattsville thanks to their realtor’s suggestion while they were house hunting eight years ago. “It’s a really nice community. There are so many things going on, like the vine crawl and different community events — and the mentality of the people. It’s a nice place to raise a family.”

At the same time, Bogantes reported, “I have the [homesick] syndrome, as many immigrants have. I would eventually like to go back. I don’t know when, but it’s a pipe dream. The economy is better here, with more jobs in the nonprofit environmental sector. You would think there would be a lot in Costa Rica, but most of the good jobs are taken. I might be able to get a job in a rural area, but that would be far from my family, and the schooling might not be the best. Now is not the time but maybe down the road.”

It’s been a year

Hyattsville Life and Times, 11 years ago 5 min read
Beyond Hyattsville