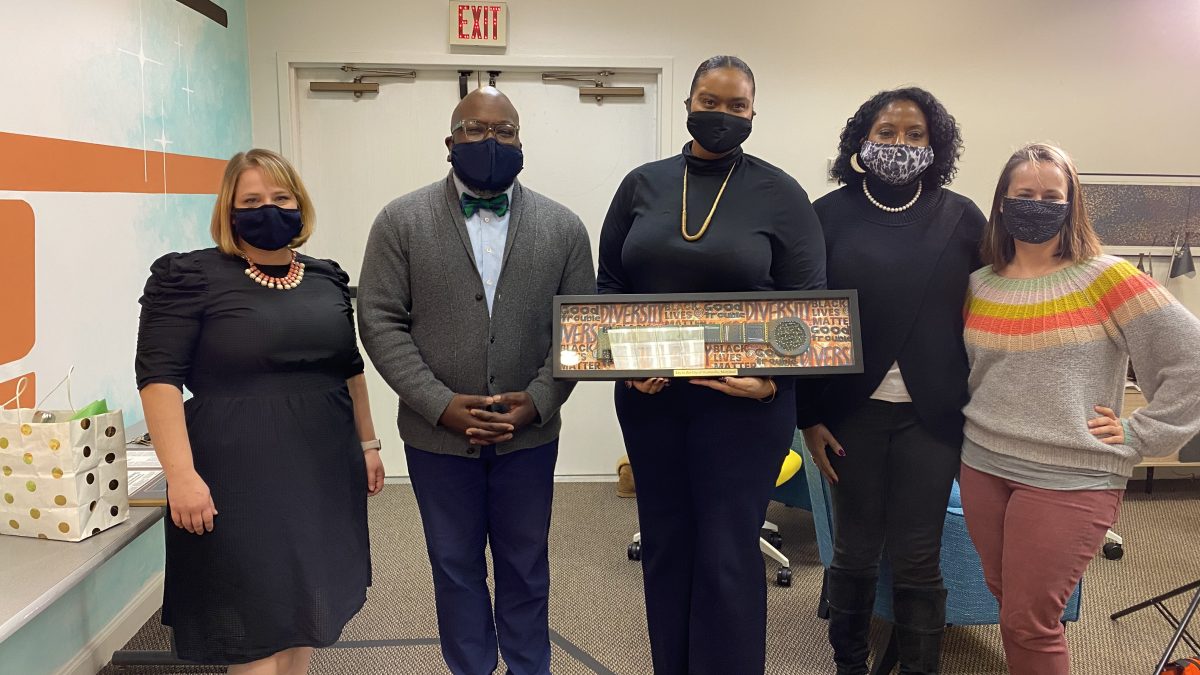 This column, “Then & Now,” provides periodic essays by members of the Hyattsville Preservation Association, focused on matters of personal and local historic interest. We have recently been examining the history and role of Hyattsville’s mayors, glancing along the way at some of the biographical details of the people who have held this office.

But as we head into our municipal elections, what I have always called the silly season, what of our more recent history? I was able to ask three of the four of the living former mayors about their experiences as the chief executive officer of this city.

Bob Armentrout served from 1999 to 2003. Armentrout and his council colleagues commenced and oversaw one of the largest infrastructure investment pushes in the city’s history, comprehensively repaving the city and coordinating upgrades of the antiquated water, sewer and gas pipes with the Washington Suburban Sanitary Commission and Washington Gas ahead of that repaving. Armentrout recalled that dealing with the budget was the most difficult task he faced as mayor. He shared his hard-earned wisdom this way in an email: “Everybody wants progress!!! Unfortunately, taxes have to be raised to give the public the desired increase in services.”

Bill Gardiner (2003-11) served a two-term sentence. Like Armentrout, his sense of what was most challenging revolved around conflicting desires. Gardiner found that having such a “large city council makes it harder to meet everyone’s concerns and stay focused on advancing city policies.” With “many, many competing demands to balance,” for him, negotiation became a much more important tool with which to wield the city’s limited authority. Gardiner’s terms were infused with a growing sense of possibility for the city, as revitalization played an ever more important role in council policy making. New parks, new technologies and new city boundaries emerged in this era through revitalization and negotiation efforts. Residents’ expectations rose as well.

Of course, the personal is political too. Candace Hollingsworth (2015-21) mused that elected officials want to be well-liked by all. “I had to quickly rid myself of that notion,” she noted. “The most difficult thing … is knowing that the path to doing your job well is lined with rejection and a constant shuffling of supporters and adversaries.”

Hollingsworth’s administration focused resources on expanding Hyattsville’s assets and services to make it a more equitable and just community, while confronting issues that played as controversial on the national stage. And so through her recent resignation, departing to co-found Our Black Party, she made that inevitable jump from local service to addressing those national issues more directly.

And this is certainly not the first time that a Hyattsville mayor used their office to climb upon a larger national issue and confront something close to home. Harry W. Shepherd, Hyattsville’s seventh mayor (1912-14), was skewered in the national press for the pomp and planned ceremonial welcome and presentation of a golden key to the city to Alice Paul, one of the leaders of the suffragette caravan upon Washington, in the summer of 1913.

So it struck me as both ironic and sweetly fitting for the historic mayoral narrative that Hollingsworth’s service was recognized by the presentation of a ceremonial key to the city — this one fashioned by Hyattsville artist Sarah Matthews — in a Jan. 19 valedictory event in her honor.

Though a mayor may feel stuck at times in irresolvable situations, the thing Armentrout best liked about being mayor was the solace and joy he found immersing himself amongst the diverse people of Hyattsville he represented and met on his journey as mayor: “a real education, weekly.”

Gardiner saw the common challenges city leaders faced as an opportunity to work with a group, most of them committed volunteers, “who believed in the city’s future.” His favorite part of being mayor was to work with his colleagues and staff to figure out how to continue making the city a great place to live.

Hollingsworth discovered that the sense of hope and latent possibility of taking an idea and transforming it into “something people can experience, be it a policy, program or structure,“ formed the essence of an adventure for her. That made serving as mayor something of a “gift” and “pretty amazing” to her.

As far as how their service affected their lives, both Armentrout and Gardiner remarked upon how eye-opening the job was, and how aware they became of just “how many people contribute to the well-being of our community.” “A REAL EXPERIENCE,” Armentrout succinctly wrote.

But Hollingsworth’s revelations, being fresher in her memory, revolved around the need for a mayor to tend not just to their community’s well-being, but to their own as well. The needs of the community and the demands of the work can easily eclipse one’s own ability to preserve good mental health and family balance. The desire to be a servant leader tends to run strong in those who seek the less rewarded, but still glorious, road of mayor to the City of Hyattsville.

Hyattsville Life and Times, 8 years ago 4 min read
Nature Nearby

Nature Nearby: Of worms and men

It takes volunteers to save lives