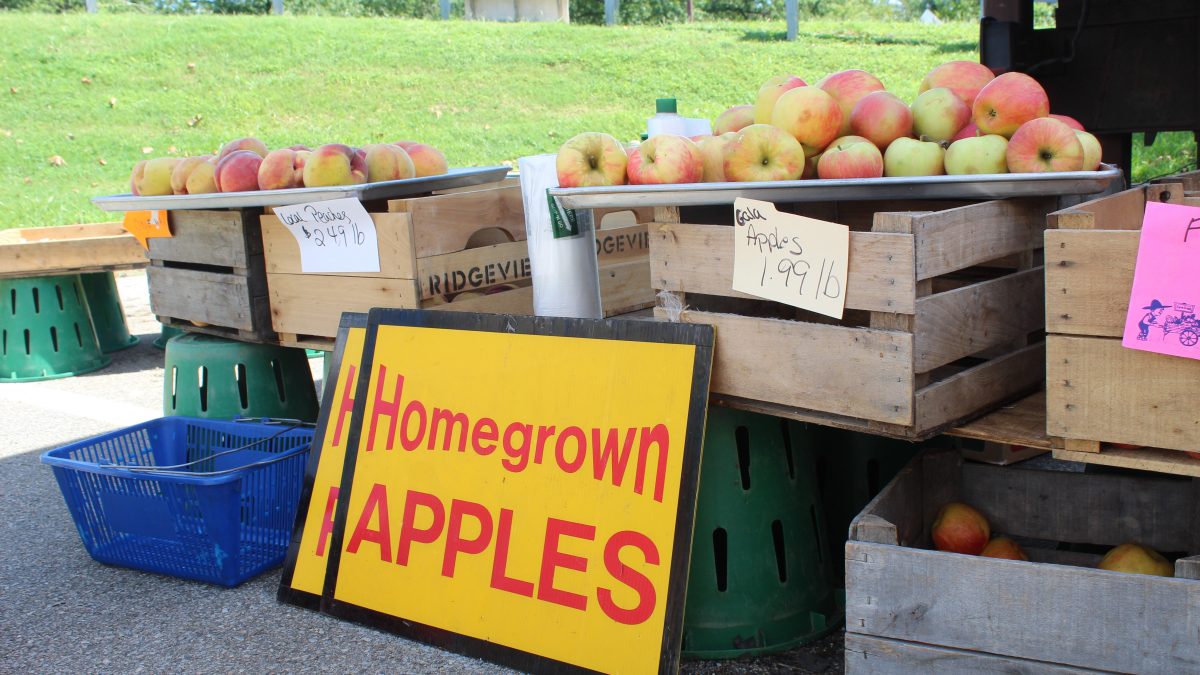 The life of a farmer is arduous, full of long days with little pay. But Phil Miller, a fifth-generation farmer and owner of Miller Farms, located in Clinton, doesn’t mind it much at all.

Each Saturday, he wakes before the crack of dawn and arrives at Paint Branch Parkway in College Park by 5 a.m., where he and his crew unload his truck, pitch his tents and sort his produce into baskets.

Clinton is roughly a 30-minute drive from Miller’s sprawling, 250-acre vegetable farm, which isn’t that far for any farmer to travel to market. And the College Park Farmers Market at Paint Branch Parkway is the only market Miller attends in Prince George’s County.

Each trip costs him about $400 in time, labor and travel. Some days he barely breaks even.

But for Miller, coming to the market has never been about the road time or slim profits. It’s always been about serving College Park. Food stewardship is Phil’s mission, and his relationships in College Park have kept him coming — and coming back — for more than four decades.

“I have a connection with these people here, who are tremendous. Customers come here every week, and they’re very loyal to me, and I need to be loyal to them … I’m worried about it, because I’m getting older, and I don’t know what’s going to happen for the future,” Miller told College Park Here & Now.

Even though his future remains uncertain, Miller is convinced that his family-owned farm will stay intact for years to come, with his two young sons someday inheriting the family business.

Yet Miller admittedly sees that his sons are “not interested in this [lifestyle]” and believes that “they’re not people people.”

But Miller is the polar opposite.

“I love the people here. I enjoy this. It’s hard work, but I really enjoy coming up here. It’s almost like going to a party. In other words, people are coming and going, and I think they’re pretty happy with what they get,” Miller elaborated.

As he likens the farmers market to a party, Miller treasures each and every encounter with his devoted patrons.

He may not remember everyone’s name, but he has a talent for remembering faces, which has earned him a strong rapport with his customers.

But even after 40 years at the market, Miller always greets new customers who come to shop under his tents.

Miller’s compassion for his customers is also evident in the generously filled baskets under his tent. He cares more about offering abundance than he does about his bottom line.

“I don’t want to sell out, because you got people coming in, and if they can’t buy anything, then they get disappointed, and they’re not coming back. So, we’ve taken a little bit of extra, knowing that we’re not going to sell everything,” he admitted.

Miller knows he’s taking his chances as he tries to find the balance between bringing too much fresh produce or not enough.

“You’re playing roulette, too, a little bit, if you have too much leftover, and then it goes bad,” he added.

Fortunately, Miller can always bring what he doesn’t sell back to his own farm stand.

Miller is proud to be a farmer, and he’s trying to protect his way of life.

He claims to have the largest produce farm in Prince George’s County and is county president with the Maryland Farm Bureau, a private, non-profit, membership-based organization that aims to “increase the net farm income and improve the quality of life by providing a legislative voice, increasing public understanding and promoting member involvement,” according to their website.

At the state level, more than 26,000 member families are involved with the organization, which stretches across all 23 counties in Maryland. Nationally, the American Farm Bureau Federation represents more than 6.2 million farmers across more than 2,800 counties.

“The award recognizes members that go above and beyond in signing new members,” the annual report noted.

For Miller, life as a farmer is an expression of his passion for service and stewardship.

He draws strength directly from his family farm, and channels some of that strength into supporting food bank initiatives, including the Capital Area Food Bank.

MIller considers his partnership with several of the county’s charitable food banks as “a great relationship.” He sometimes sells produce at reduced prices, too. And he notes that keeping his prices lower, but competitive, is important for feeding College Park.

“I mean, we’re charging $2.49 [a pound] on tomatoes. Maybe that’s a little high, but some of these farmers markets are charging $5 a pound,” he explained. He noted that many of his customers make purchases using assistance programs supporting low-income families.

On the first Saturday of September, Miller was the only produce vendor at the College Park Farmers Market at Paint Branch Parkway. As he greeted customers, he felt fortunate to be there, and his customers enthusiastically greeted him — and his produce — too.