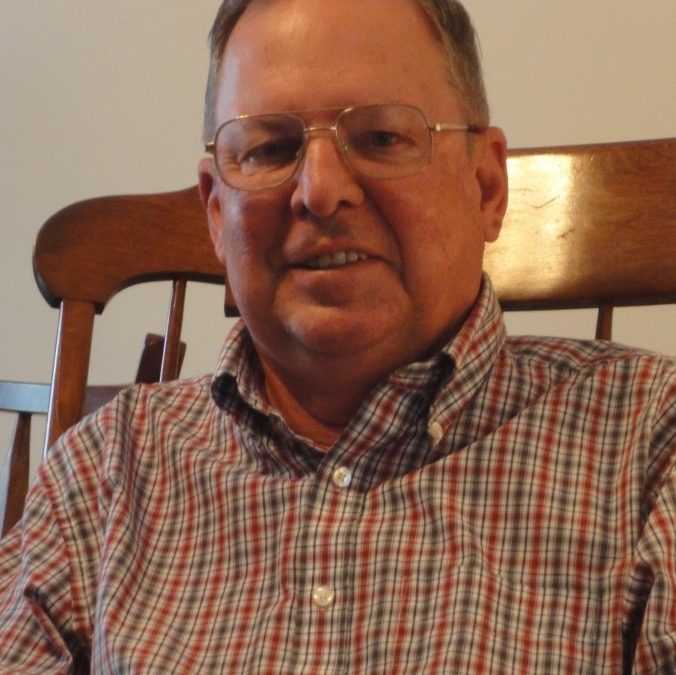 The following is an excerpt from an Aug. 18, 2014, interview with Frank Key, who has lived in the Hyattsville area since he was a boy. He and his wife Liz bought their home on 32nd Avenue in 1970. Katy June-Friesen edited the text for length and clarity.

I grew up here. My father was a barber by trade, and he came from Staunton, Virginia. It was a German Scots-Irish settlement, down in the Shenandoah Valley. He was taught the trade by an Italian man in Staunton [who] had five sons. And some of them came [to Hyattsville] and opened up [two] barbershops in the ’40s.

My father decided that he wanted my brother and I to be the first in the family to get a college education. He and Mom dedicated their life to raising their sons to get a degree. And my father knew [up] here that you had Catholic U, Georgetown, University of Maryland, and all the other schools. He thought there would be more opportunity for my brother and I to attend college. We both [graduated from] University of Maryland.

We grew up in the Queenstown Apartments [in Mount Rainier]. We were the only ones to live in our apartment – on the third floor and the back section, on Buchanan Street – from 1949 until Mom left in 2006. It was a two-bedroom apartment. We played musical instruments in there, I played the drums and my brother played the trombone. We had a train set. But we always made the space work. My brother and I delivered The Daily News, 25 cents a week.

And the barbershop was less than a mile away [at what is now Queens Chapel Town Center], so dad could come home for lunch.

Right next door to the barbershop was a beauty salon. Next to that was the Mihill’s appliance store, and then on the corner, where 31st  Avenue comes down, was a five-and-ten. Then there was a little alley to get into Palmer Ford. Right next to the barbershop was his dealership. Cross over 31stAvenue, you had a High’s [Dairy Store], Goode’s cleaners, Bodanski’s Pizza, Curzi’s Seafood. And Baskin-Robbins went in eventually [in the ’60s]. And then across the street was Lee’s Restaurant, which was a very famous restaurant, and probably the only restaurant in town for years and years.

Oh gosh, [my father] knew everybody from all walks of life. He thoroughly enjoyed it. He liked listening to people, and he would make the connections: “Oh, why don’t you talk to so-and-so.”

Dad got started off by cutting Curley Byrd’s [hair], he was the president of the University of Maryland. Dad knew the Speaker of the [Maryland] House Perry Wilkinson. [DeMatha basketball coach] Morgan Wootten was one of his favorite and famous customers, and he cut Morgan’s boys’ hair. Mr. Palmer used to tease the heck out of him. He took very much of a liking to my father, and my father would shave him every day. But my father would tease him, pull his hat down over his ears. Any other guy, Mr. Palmer would’ve shot him.

A lot of his [clients] helped me to get part-time jobs, like Harry Shaw, the chief engineer of the WSSC. Because of him, I got a summertime job running a rod on a survey party. That was in the late ’50s. Mr. Tingley (Hyattsville postmaster), [had me] take the post office test, and I passed that and got hired part-time. I used to do substitute carrier in the summertime and then I was a night collector while I was going to Maryland.

Barbershops have been known to run as a bookie joint. And run numbers. They didn’t have lotteries back then. So yes, they had a little numbers game going there. Dad never discussed any of the details. I do recall, I think, agents came in and tore the phone out of the phone booth once. It was kind of a raid-type thing.

Dad worked six days, 60 hours a week. He had breaks, you know, but if you didn’t work, you didn’t get paid. Dad said, “If you think it’s easy, stand around this chair, your hands up like this for two hours, and let me know how long you can last.”

The Hyattsville Voices Oral History Project was recently started by resident Katy June-Friesen to collect stories about our city’s history and the lives of people who live and work here. HL&T will feature edited excerpts of these interviews. You can contact Katy to suggest an interview at k.junefriesen@yahoo.com.

Thanks to the Redskins, the Wildcats play on a new field

Community on the Move: Looking ahead to 2030